Originally created on the beginning of the 20th century for military purposes, the Mannlicher Schönauer Carbine made it’s career as a sporting rifle.

It was developed by famous Gun-Designer Ferdinand Ritter von Mannlicher with a rotary magazin made by Steyr engineer Otto Karl Schönauer. This led to the name “Mannlicher-Schönauer”. The legendary model 1903, only available in 6,5×54 had already many features that found favor with the hunters of our days.

The rotary magazin was made for smooth feeding, the short 17.7″ barrel (45 cm) made for fast handling. Completed with the excellent penetrating properties of the 6.5 bullet and short throw of bolt it made a very reliable hunting rifle, not only in Europe and North America but also in Africa. Famous Big Game Hunter Walther D. Bell, also known as “Karamojo Bell” named after the area he hunted for ivory, even shot a lot of elephants with his 6.5 carbine.

The flat bolt resembles a “Butterknife”:

No Mannlicher Schönauer rifles were made from late 1930ies till 1950, when Steyr introduced the Model 1950 as the first Model after WW II in several different calibers. The carbine of course in the famous 6.5×54 again.

In 1952 Steyr offered the “1952 Improved” with the swept back bolt handle. In German Mannlicher Schönauer GK, which means “gekrümmter Kammerstengel”.

Some more pictures contributed by Marc: 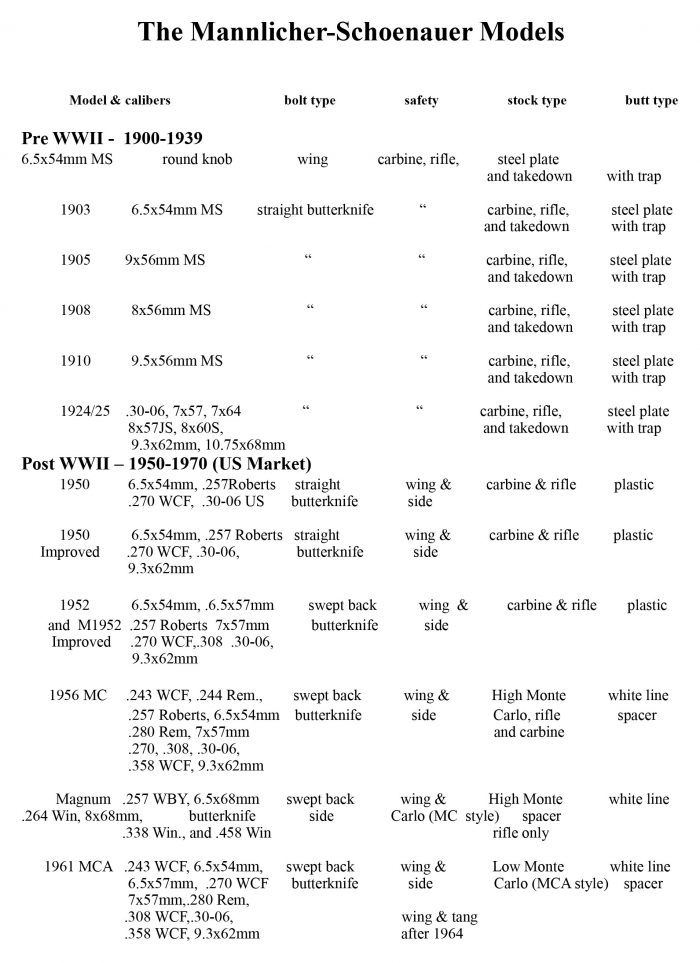 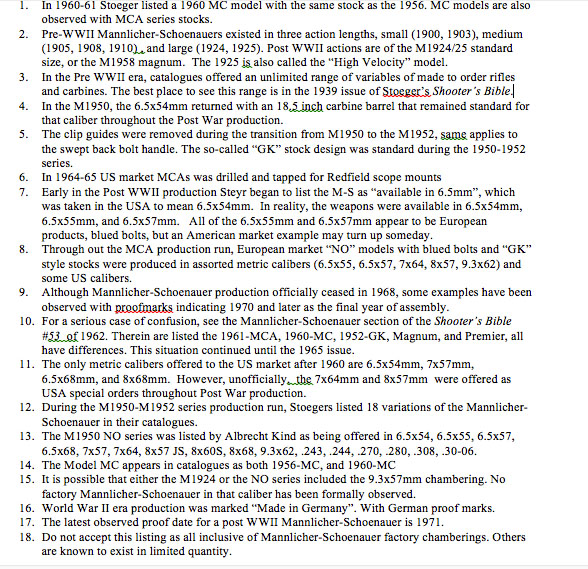