I saw this nice vintage photograph yesterday when I visited Gunmaker Theo Jung and he was so kind to leave it to me. Many thanks! I love these old pictures in two ways: as a Photographer and as a Hunter. They are real objects of art and typical for the early years of photography. This one is from the second half of the 19th century. 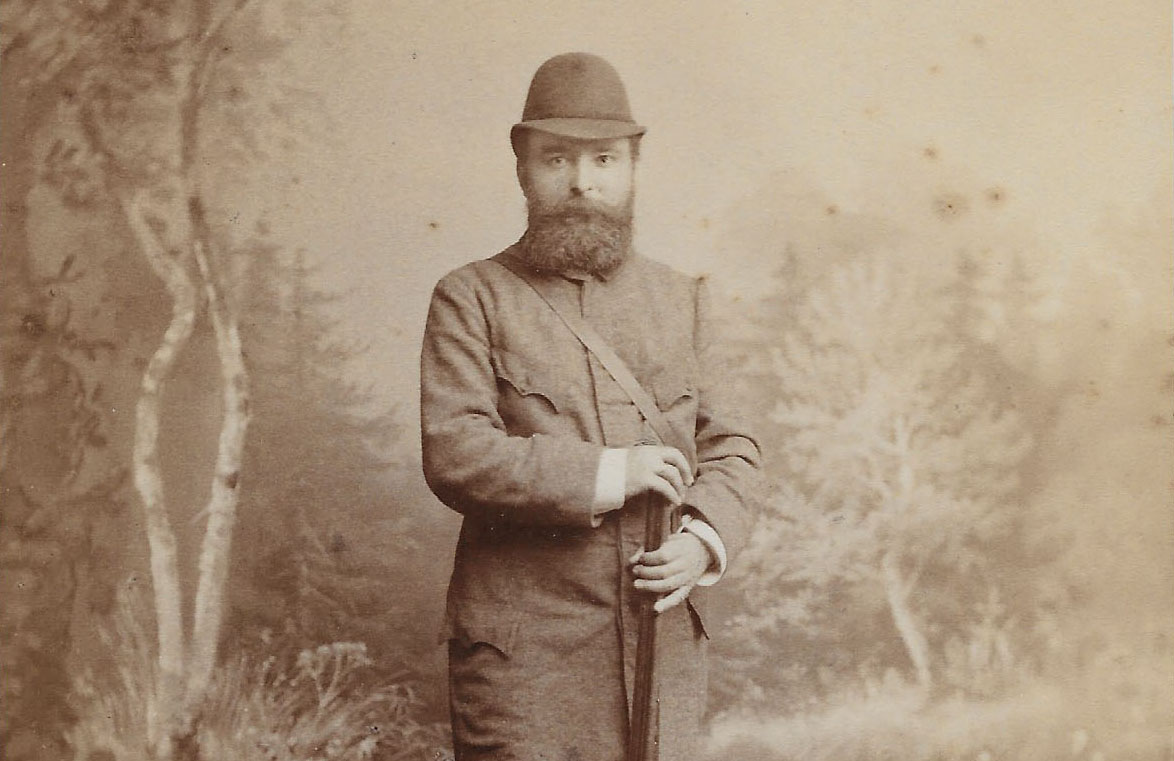 The man looks as proud as any hunter with his prey. The hat resembles an old vintage British police helmet. He is wearing a long wooolen hunting coat and high leather boots.

The gun in his hands may be a Hammer-Drilling or Double Gun. But there are no signs for a Drilling and in those times you can shoot the buck also with shot. 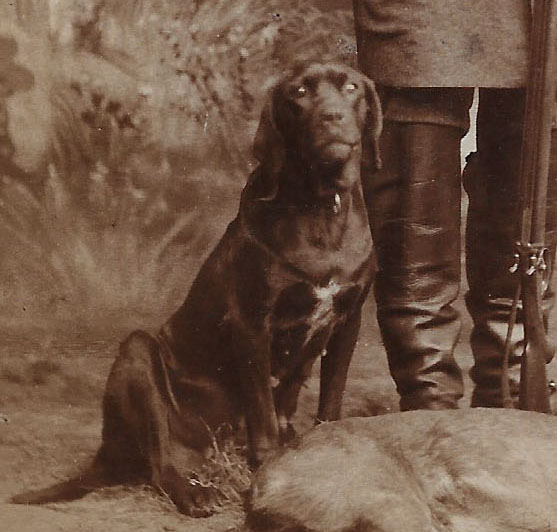 The dog looks like most of the dogs on old pictures. I’m not sure about the breed, but it looks a little bit like a German Shorthair, which by the way, was the typical old “Försterhund”. 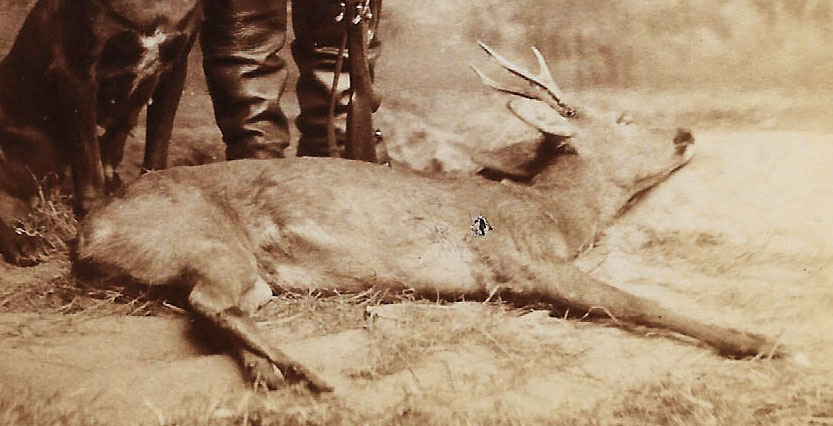 A brave Roebuck is lying on the (studio!) floor. The background is clearly painted. The buck is a two pointer, in German we say “Gabler”. I think it’s an elder one, but who knows…

Emil Tiedemann from Bremen was a German Photographer. He run an atelier in Bremen from 1859 to 1892 with branches in Brake and Hannover. He called himself “Hof-Photograph”, which means he was applied to the courts of Preussen (Prussia) and Sachsen-Altenburg (Saxony-Altenburg). He was a very successful artist who won several medals and international prizes. (Source: Wikipedia). 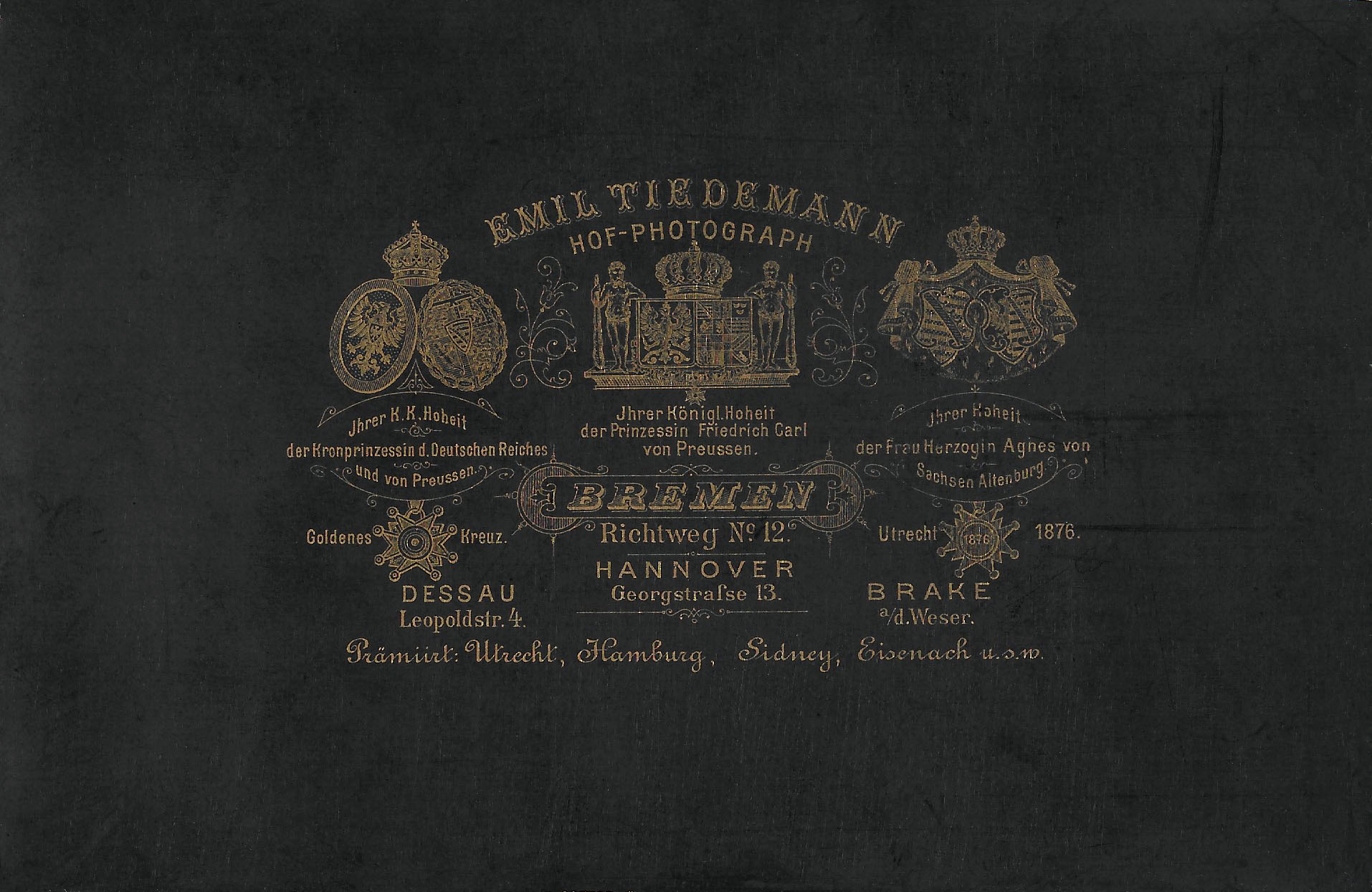